What can Netflix, HubSpot, Zappos and Google teach you about the future of performance management?

At last count, the Netflix culture document had been viewed almost 11 million times. It’s been a viral sensation and has challenged the way that millions of people think about the future of performance management, work and HR.

Since the Netflix culture presentation appeared online in 2009, many other technology companies’ culture docs have attracted similar attention. 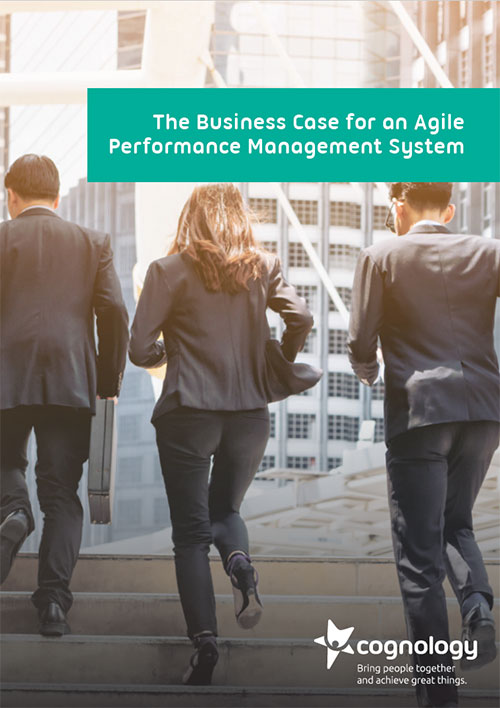 Cognology will not provide your email to a third party. We will periodically use your email information for news, sales and marketing purposes. If you wish to opt out of receiving such messages, you may unsubscribe here.

We use Mailchimp to send periodic emails. By clicking to submit this form, you acknowledge that the information you provide will be transferred to Mailchimp for processing in accordance with their Privacy Policy and Terms.

What excites me is that performance management plays such a big part in these documents. It’s clear that rethinking the way goals are set and feedback is given is hugely important to these companies and their employees.

In this article we’re going to take a quick look at four particularly popular culture docs and how they’re approaching performance management. Netflix’s performance management is built on the core idea of ‘context, not control’. This means that managers must give employees an understanding of context to enable autonomy and sound decisions.

So rather than setting goals in isolation, managers should make their employees aware of: the link to the organisation’s goals, the relative priority of the goal, the level of refinement required, key stakeholders and the definition of success.

The onus here is clearly on the manager to provide the best environment for employees to excel. Speaking directly to managers, the Netflix culture doc says: “When one of your talented people does something dumb, don’t blame them. Instead, ask yourself what context you failed to set.”

Netflix on feedback and performance reviews

Netflix has also moved away from annual reviews to a more frequent feedback process. In an article for Harvard Business Review, co-author of the Netflix culture doc Patty McCord explains: “If you talk simply and honestly about performance on a regular basis, you can get good results—probably better ones than a company that grades everyone on a five-point scale.”

I couldn’t agree more with Patty on this point. High frequency feedback is something I’m a huge advocate for. And it’s one of the key elements of Agile Performance Management. Like Netflix, HubSpot have moved away from annual performance reviews. Instead they’ve implemented social performance management software to facilitate year-round feedback in real time. As the company put it here:

“If you want to hire and retain great young employees, you have to work the way they live… using social networks to facilitate interactions on a regular basis and to solicit feedback.”

Zappos on feedback and reviews

This introduction of behavioural competencies into performance management does tend to be a characteristic of more forward-thinking companies.

I’ve talked about the difference between behavioural and functional competencies before. My opinion (which I share with Zappos) is that a combination of both is almost always required to be effective. Read a presentation from Eric Schmidt on how Google works

Google often gives employees responsibility for setting their own goals. As the following slide makes clear, goal setting at Google is somewhat unconventional in other ways… In fact, scoring too high on completed goals at Google is frowned upon – it means the goals weren’t ambitious enough!

It’s an interesting technique (but one you might want to test carefully before implementing in your business).

Google on feedback and reviews

Google places great emphasis on peer feedback, which is sensible given the approach to goal setting. As an anonymous employee stated on Glassdoor:

“Promotion and work performance is entirely reliant on peer reviews. In other words, to get ahead at Google and to get a positive performance review, you must get positive reviews from your fellow co-workers. Your manager might love you, but if your co-workers don’t like you, you have some work to do.”

While many companies have adopted 360-degree feedback it’s uncommon to see peer reviews that can actively block an individual’s chance of promotion.

My top performance management takeaway from each #culturecode

Netflix: High-performance people will do better work if they understand context.

Hubspot: If you want to hire and retain great young employees, let them work the way that they live

Zappos: Rather than just measure people on their ability to do their job, also measure their performance against company culture and values.

Google: Let your employees set ambitious (and sometimes unachievable) goals. But hold them accountable with an emphasis on peer reviews.

Have you seen other #culturecode docs with particularly innovative approaches to performance management? Let me know via Twitter (@Cognology). I’d love to keep adding to this list.

To build exceptional leaders, focus on these seven skills